Let´s stay in touch. Subscribe to our quarterly newsletter.

Ensuring chip integrity is an increasingly important topic with global reach. The Florida Institute for Cybersecurity Research at the University of Florida has been working in this field for many years and is a pioneer in the development of new test methods for the detection of security-relevant modifications in e.g IC's or chip-packages. Among their latest tools for chip integrity testing, a TeraCube M2-R system was recently installed and commissioned.

The TeraSpike near-field microprobe series has been applied in the past for the investigation of organic tissue samples. It is known that the THz frequency range is very usefull for biological and medical applications because of its high sensitivity to water-contents and its spectral sensitivity to selective biomolecule absorbtion lines. Thanks to the sub-wavelength spatial resolution provided by our microprobe sensors even cellular details have been made visible in different studies.

Graphene is widely regarded as a promising material for the fabrication of flexible electronic. Inks or dispersions of Graphene can be deposited on flexible substrates by large-scale coating techniques, such as inkjet printing and spray coating. However, inhomogeneity of the obtained conduction layers is one of the main issues developers are currently facing.

One of the most important applications of the TeraSpike probe lies in the field of wafer analysis. So far, it has been mainly used to probe wafer material properties such as sheet resistance or charge carrier mobility under normal ambient conditions. Now a team of researchers from the Dutch institutes DIFFER and Eindhoven University of Technology succeeded in demonstrating the use of the TeraSpike near-field probe for measurements of wafer conductivity under short pulse optical excitation.

This months issue of the Laser Focus World Magazine is featuring an article about Protemics THz microprobe technology applied to different inspection applications. The operation of the TeraCube near-field imaging system with a modern fiber-based time-domain spectroscopy module is also highlighted.

Researchers from the Dutch institute DIFFER, Eindhoven, demonstrate an elegant way to enhance electro-magnetically induced transparency in meta-materials without being constraint by the resolution limitations of fabrication tools. While earlier methods relied on

We would like to thank all the participants of our recent Terahertz technology survey. The lucky winner of the Lenovo Miix 310 convertible PC who has been drawn by our lottery volunteer is Mrs. Jannika Lauth from TU Delft.

So far, microprobes from the TeraSpike product series have been solely designed for THz detection or generation purposes. The new TeraSpike probe TD-800-TR.5 comes with a pair of closely spaced photoconductive THz antennas. While one antenna is used as a THz pulse generator, the other antenna works as the detector.

Protemics is offering an easy to operate optical interface enabling the use of cost-efficient femtosecond fiber lasers (working in the telecom wavelength range) as powerful sources for the excitation of LT-GaAs-based TeraSpike microprobes and TeraBlast bias-free THz emitters.

An effect which is principally known but hard to measure so far has now been quantified by a Dutch research group led by Prof. Jaime Gomez Rivas (AMOLF, Amsterdam): Resonant structures exposed to light may oscillate at a much slower speed than implied by standard spectroscopic measurements.

Petten/Aachen – Today, the worldwide first automated wafer analysis system based on Protemics´ proprietary THz microprobe technology has been successfully launched at the Energy research Centre of the Netherlands (ECN) for the advanced analysis of high tech solar cells.

Hong Kong – At the end of this year's IRMMW-THz conference and exhibition in Hong Kong, the team of Protemics just let it fly. The world´s biggest and oldest THz-related conference series – the International Conference on Infrared, Millimeter and Terahertz Waves – has been the perfect place for a successful launch of the new TeraSpike XR microprobe and a fantastic opportunity to get in contact with Terahertz experts from around the world.

Aachen/Petten – Non-destructive testing is one of the most important applications of recent technological developments operating in the spectral range of Terahertz (THz) frequencies. For example, THz radiation is able to unveil sheet resistance distributions and charge carrier dynamics in semiconductors or thin-film conductors also under difficult situations such as on rough or passivated surfaces.

The product portfolio of Protemics has been substantially extended. With the TeraCube Scientific now a full featured automated system platform for high-resolution Terahertz near-field imaging is offered in addition to our set of application specific THz microprobe and emitter components.

Aachen/Pleasanton - Rolith, Inc. has developed a new type of security labels which are invisible to the human eye and standard equipment but can be read-out by Terahertz microprobe sensors from Protemics. Both companies are now cooperating on the development of custom-specific end-user solutions. 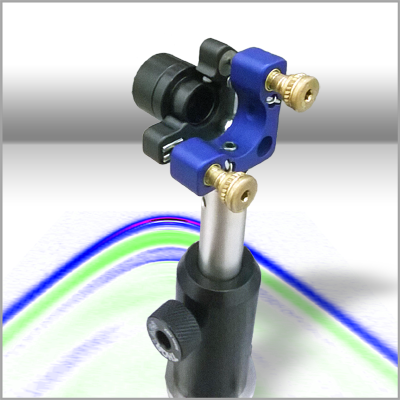 TeraBlast - The new bias-free large-area Terahertz emitter is now available from Protemics. Get the most out of your THz time-domain spectroscopy and near-field system with this highly effcient and easy to handle THz source. Find more information on our product page.

TeraSpike microprobes from Protemics are highlighted in the May issue of LaserFocusWorld as novel non-destructive testing tool: As demonstrated in a recent study undertaken by Protemics GmbH and the Fraunhofer ILT (Aachen) the non-destructive detection of micron-scale air voids 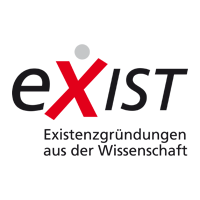 The start-up team Protemics will be financially supported from the Federal Ministry of Economics and Technology and the European Social Fund, ESF in the second project-phase of the currently running "EXIST-Forschungstransfer" project. 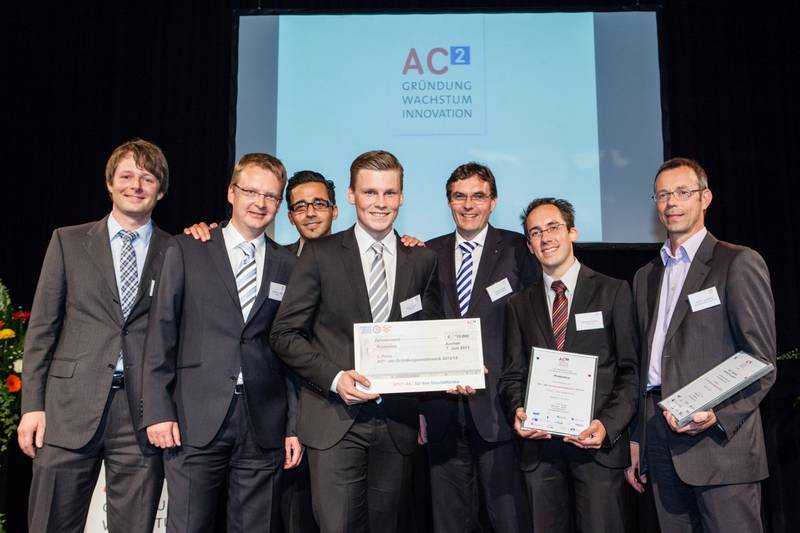 On 7th of July promising business ideas have been awarded for the 10th time in the town hall of the City of Aachen by the initiative „AC² – Foundation, Growth and Innovation”. The first prize endowed with 10 TSD Euro went to the Team “Protemics” from AMO, Aachen.