Let´s stay in touch. Subscribe to our quarterly newsletter. 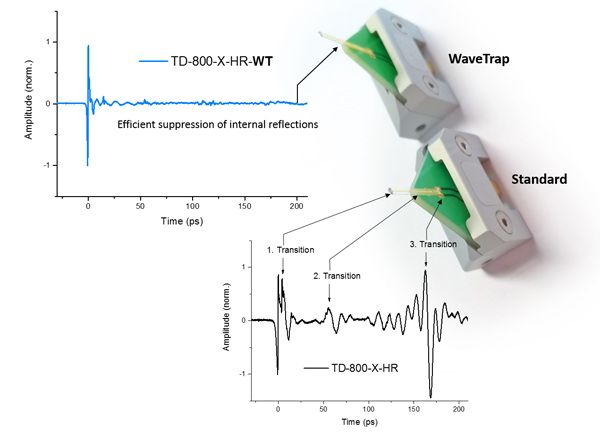 One of the main benefits of the TeraSpike microprobe is a very low invasiveness (thanks to its small scale) or in other words, the impact on the THz field it is measuring is almost negligible. However, under certain measurement conditions an incident THz wave may be able to couple to the planar waveguide structures of the probe-tip and generate signal reflections at the probe-internal waveguide transitions. The generated “ghost” signals can be problematic for applications requiring the measurement of longer time ranges as they will be superimposed with the actual near-field of the device under test. The new WT-option (which can be ordered as of now) suppresses these parasitic signals by slowing down and absorbing any Terahertz wave, which has been picked-up by the probe-tip.